Kitulo National Park is a protected area of montane grassland on the Kitulo Plateau in the southern highlands of Tanzania. The park is at an elevation of 2,600 metres (8,500 ft) between the peaks of the Kipengere and Poroto mountains and covers an area of 412.9 square kilometres (159.4 sq mi), lying partly in Mbeya Region and mostly in Njombe Region. The park is administered by Tanzania National Parks (TANAPA) and is the first national park in tropical Africa to be established primarily to protect its flora. 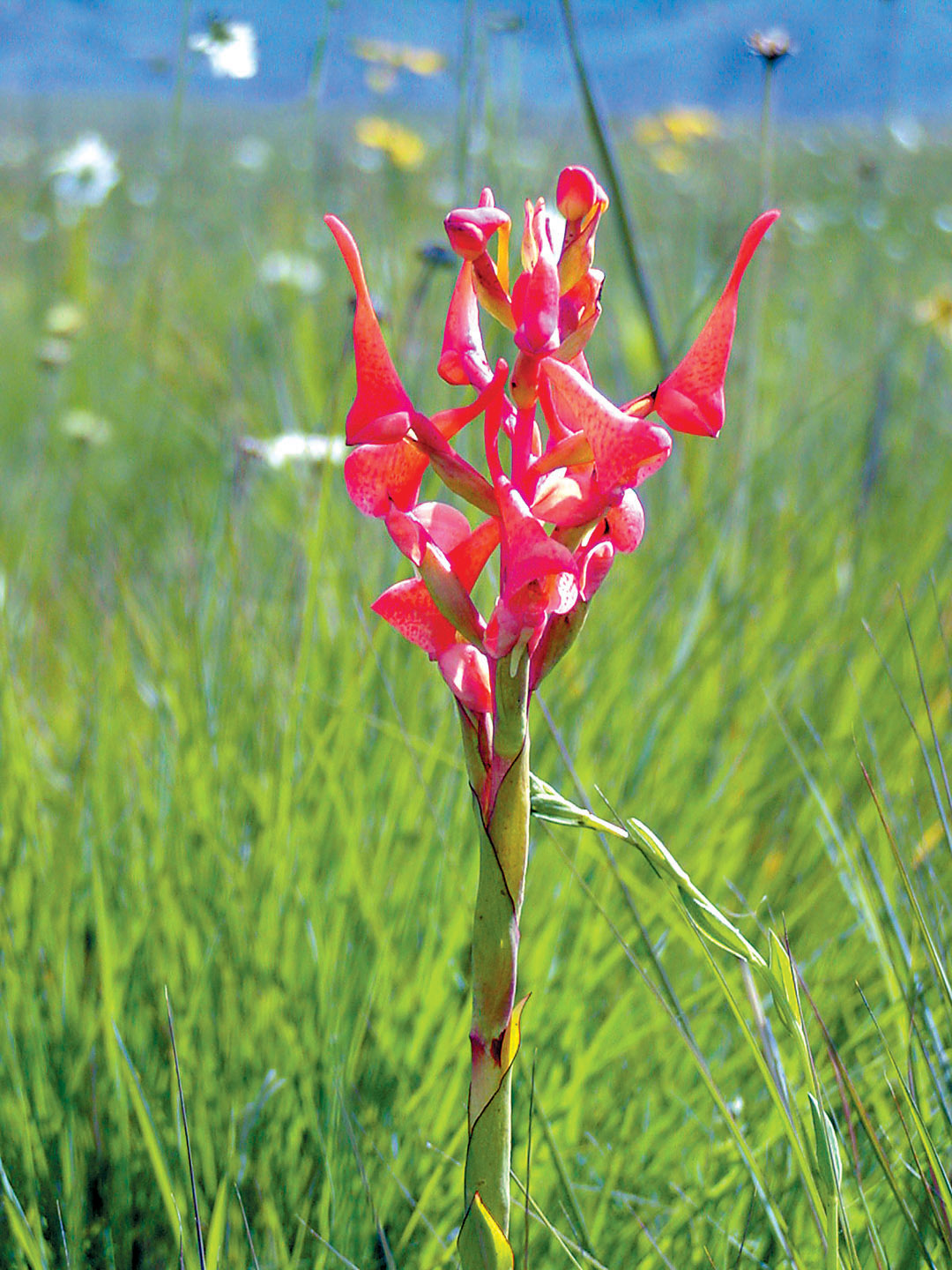 Locals refer to the Kitulo Plateau as Bustani ya Mungu – The Garden of God – while botanists have dubbed it the Serengeti of Flowers, host to ‘one of the great floral spectacles of the world’. And Kitulo is indeed a rare botanical marvel, home to a full 350 species of vascular plants, including 45 varieties of terrestrial orchid, which erupt into a riotous wildflower display of breathtaking scale and diversity during the main rainy season of late November to April.

Perched at around 2,600 metres (8,500 ft) between the rugged peaks of the Kipengere, Poroto and Livingstone Mountains, the well-watered volcanic soils of Kitulo support the largest and most important montane grassland community in Tanzania.

One of the most important watersheds for the Great Ruaha River, Kitulo is well known for its floral significance – not only a multitude of orchids, but also the stunning yellow-orange red-hot poker and a variety of aloes, proteas, geraniums, giant lobelias, lilies and aster daisies, of which more than 30 species are endemic to southern Tanzania.
Big game is sparsely represented, though a few hardy mountain reedbuck and eland still roam the open grassland.

But Kitulo – a botanist and hiker’s paradise – is also highly alluring to birdwatchers. Tanzania’s only population of the rare Denham’s bustard is resident, alongside a breeding colonyrua of the endangered blue swallow and such range-restricted species as mountain marsh widow, Njombe cisticola and Kipengere seedeater. Endemic species of butterfly, chameleon, lizard and frog further enhance the biological wealth of God’s Garden.

Getting there
4×4 only.
From Chimala, 78km east of Mbeya along the surfaced main road to Dar es Salaam, head south along the rough but spectacular dirt road – called Hamsini na Saba (57) after the number of hairpin bends along its length – to the temporary park headquarters at Matamba, from where it’s another hour’s drive to the plateau.
Basic and erratic public transport is available.

What to do
Good hiking trails exist and will soon be developed into a formal trail system.
Open walking across the grasslands to watch birds and wildflowers.
Hill climbing on the neighbouring ranges. A half-day hike from the park across the Livingstone Mountains leads to the sumptuous Matema Beach on Lake Nyasa.

When to go
Wildflower displays peak between December and April.
The sunnier months of September to November are more comfortable for hiking but less rewarding to botanists.
Conditions are cold and foggy from June to August.